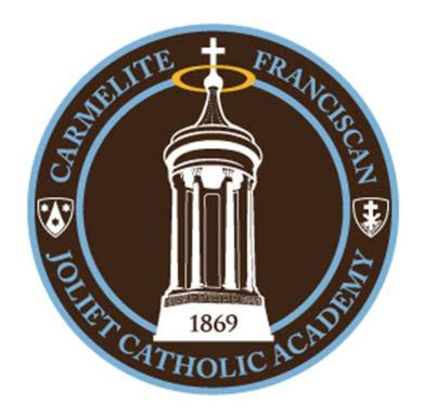 Online tickets are now available to reserve a table at the 2020 Joliet Catholic Academy Angel and Hilltopper Alumni Banquet featuring Super Bowl champions Tom Thayer '79 and Mike Alstott '92, with Master of Ceremonies Mark Grant '81 on Thursday, February 6, 2020 in the JCA Student Activity Center. Cocktails and dinner will being at 5:30 p.m. with a 7:00 p.m. program to follow. You won't want to miss this exciting night celebrating 100 years of Joliet Catholic Football and the entire JCA community. Former players, coaches, cheerleaders, band, dance team members, alumni, friends and JCA fans are all invited to attend.

Tickets and sponsorship levels for the event are available online at https://www.jca-online.org/alumnibanquet/. There will also be a private meet-and-greet with the night's honored guests upstairs in the JCA Heritage Hall before the program. This event will most likely sell out, so purchase tables and tickets early!

More about Thayer and Alstott:

Tom Thayer '79 was a member of the 1985 Super Bowl champion Chicago Bears. After a successful collegiate career at Notre Dame, Thayer was drafted by the USFL's Chicago Blitz and the NFL's Chicago Bears. After two-plus seasons in the USFL, Thayer joined the Bears in time for their 1985 Super Bowl run. One of the team's strongest players, Thayer earned his starting role at right guard four games into the 1985 season and eventually compiled consecutive game and consecutive start streaks that led the Bears during the late 1980s.

Thayer left the Bears in 1992 after a distinguished eight-year career at offensive guard. He retired in 1993 after one season with the Miami Dolphins.

Thayer's post playing career in broadcasting has led to his current role as the color commentator alongside play-by-play commentator Jeff Joniak for Chicago Bears Radio on WBBM Newsradio 780. In addition to his radio duties, Thayer appears on several television and online segments on Bears Gameday Live and FOX Chicago.

Mike Alstott '92 led JCA to the IHSA Class 4A State Championship in 1990, set numerous rushing and touchdown records at Purdue University, then was drafted in the second round by the Tampa Bay Buccaneers.

On the field, Mike Alstott was known as a powerful runner who made a career of gaining tough yards between the tackles. He possessed a rare blend of power and agility which provided him with a physical toughness only eclipsed by tremendous work ethic. His bruising style and penchant for finding the end zone helped him become the Buccaneers' all-time leader in total touchdowns (71) and rushing touchdowns (58) while compiling seven career 100-yard rushing games. He ranks second all-time on the club's rushing list with 5,088 yards, while his 305 career receptions place him third in team history.

He played 12 years in the NFL, made six Pro Bowls, won the 2003 Super Bowl, and is now coaching high school in Florida. Alstott is a member of the Tampa Bay Buccaneers Ring of Honor, Purdue Athletics Hall of Fame, and the Indiana Football Hall of Fame.

Both Thayer and Alstott are members of the JCA Hall of Champions for Athletics.