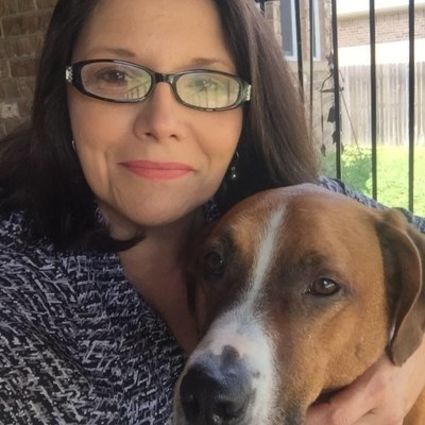 My Chihuahua/Jack Russell mix drinks his water much too quickly. He starts coughing and wheezing as the water goes down the wrong pipe. I hold him on my lap, hold his chest and slap his back. It helps but only after much coughing.

Any suggestions that might help the little guy? He drinks from a raised water bowl alongside his food bowl. Water is changed a few times daily.

There are special bowls designed to slow down fast-drinking dogs. Slowdown bowls have something in the middle of the water dish, so the dog has to nudge around it to drink. Floater bowls have a floating disk in the water bowl. When the dog's tongue nudges the disk, it sinks a bit and the water rises up for the dog to drink, which keeps them from gulping water.

There is also a bowl called a StayDry Dog Water Dish. While it's designed for dogs that splash water all over the place, it could be useful for dogs who like to gulp water, too. It's a closed water dish that brings water to the surface via a grooved spinning wheel that's activated when a dog licks it.

Let me know if one of these works for your dog.

I am having a hard time understanding a concept I see frequently mentioned these days that the number of litter boxes in a home should be the number of cats plus one.

When I got married, I inherited my wife's two Siamese cats. Over the course of 40 years, we have had 12 cats: 10 Siamese, one Turkish Angora and one Balinese.

Our normal operation is to have one large litter box with cover and liner. We change the litter and liner every day. We use litter from a local supermarket that is bulky: 10 pounds of litter gives a lot of bulk for the cats to play in. We go through 10 pounds every day. I recognize that this is not the cheapest way to go. We have tried other non-clumping litter, but it doesn't provide enough litter to play in.

Over the years, we have had two to four cats and only one litter box with, for the most part, no problems. So, where does the "cats plus one" number of litter boxes come from? - Bob, via email

I have been working in the animal welfare field for more than 25 years and have learned things along the way, as they say, and can't always recall the origins of my knowledge. But, if you search online, you will see many celebrity pet people and veterinarians advocating for the one litter box per cat plus one.

While this is not necessary in every home, especially if there are no litter box issues, it's also not always practical. For example, someone with 10 cats may not want 11 litter boxes in their home, so the advice is mostly for people who have a cat or cats with litter box issues.

Cats are very territorial creatures, so even adding one extra box in a new location when litterbox issues arise can make a difference.

A few years ago, a woman wrote to me saying her cat was not going upstairs to use the litter box and was using the downstairs kitchen floor instead. I asked her to observe the other three cats in the home for a few days. When she wrote back, she said she noticed the three cats blocking the other cat from going upstairs to use the litter box. She placed another litter box downstairs, which instantly solved the problem.

All your suggestions were right on for the sneezing cat (in New York), but I want to add one more thing. Keep a warm air humidifier running at 30% to 40% in the home. My vet recommended it and it solved our problem entirely. It might also help rule out other problems such as a viral or bacterial infection.

Hopefully, the reader with the sneezing cat will go back to the vet first to rule out illnesses, but a humidifier, especially during the winter months when the heat inside our homes can dry our nasal passages, will benefit everyone in the home, including the cat.