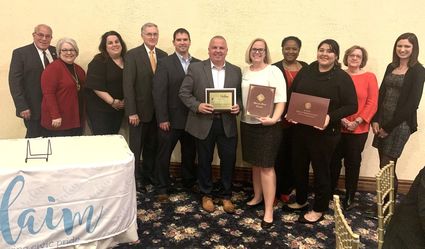 The Greater Joliet Area YMCA (GJAY) was inducted into the Project Acclaim Hall of Pride, Class of 2019. Pictured are volunteers and staff of the GJAY. Holding the induction plaque is Dan Stevenson (GJAY Metropolitan Board of Directors Chairman) Immediately to his left is Katy LeClair (GJAY Chief Operating Officer).

Project Acclaim, formerly Project Pride, was founded by Reverend James E. Allen in 1985 during a troubled period in the Joliet area. Allen formed the organization alongside a group of downtown clergymen to highlight the positive aspects of Joliet, which included the establishment of Joliet's Hall of Pride. Since its establishment, approximately 140 individuals and organizations have been inducted into the Hall of Pride. The 2019 Hall of Pride Inductees are the Joliet Slammers and the Greater Joliet Area YMCA. In addition to the Hall of Pride, Project Acclaim awards the prestigious Reverend James E. Allen Award for Service to the Community to an individual or group that upholds the values and mission of the organization. The 2019 Reverend James E. Allen Award for Service to the Community recipient is the Old Joliet Prison Preservation Coalition. 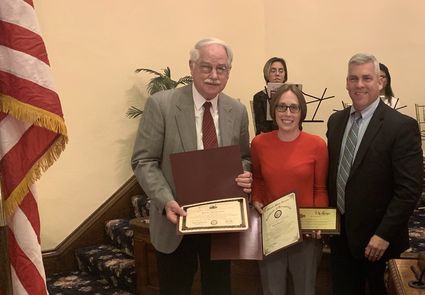 The theme of this year's banquet was Joliet Renaissance: Celebrating Our Rich History, Embracing Our Bright Future. The theme reflects the work of the honorees and their impact on our community.

"This was an inspiring evening celebrating our City and three organizations that highlight its finest attributes. President, Jayne Bernhard, effectively summarized Project Acclaim's accomplishments and objectives and invited those present to join Project Acclaim in its mission to highlight the positive aspects of our community."