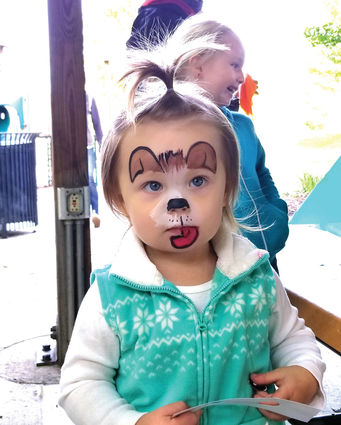 For the first time, the children's book "A Fall Ball For All" was available to see for the public in Plainfield at Settlers' Park.

With a $6,000 donation from the friends at the Plainfield Public Library, StoryWalk boards were displayed around Settlers' Park in September to promote the event.

"This was our grand opening for the StoryWalk which is from a partnership from the Plainfield Public Library and Plainfield," Plainfield Library Director Lisa Pappas said last week. "We were inviting people in and telling people at Settlers' Park this morning on how the StoryWalk works so we're glad that people were interested."

The StoryWalk project, which is a way to promote healthy lifestyle choices and literacy by getting families outdoors and moving while taking in a book, is a quarterly event and the season determines what book is being displayed for the walk.

An event that Pappas said is constantly increasing in size, more than 150 people showed up for this outdoor activity.

The way the StoryWalk works is the youth services workers at the Library pick out a storybook and then install the book into 15 different stands around the park.

"It's just a great way to include nature, exercise and that into a reading," Pappas said.

A nationwide event that takes place, StoryWalk is included in all 50 states and 12 countries across the world.

Created by Anne Ferguson of Montpelier, VT, Pappas said its popularity has taken over and become an event that many people look forward to when the weather permits.

"There's actually a website where you can go see where other StoryWalks are and people will travel, sometimes a far distance just to participate in them," Pappas said.

For the book "A Fall Ball For All", it is a permanent installation in the park, which Pappas said is nice for those who enjoy the book and want to enjoy the walk more than once.

The walk that starts at the playground and goes counter clockwise in a circle is just under a half mile long, but Pappas said that the when people get outside in nature, it can promote even more activity. 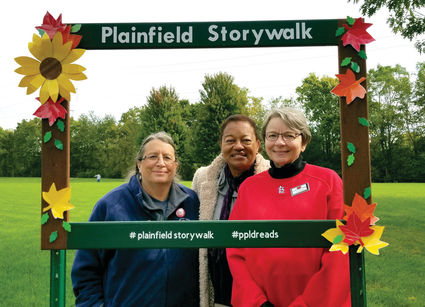 "Even though it's not the longest walk it shows people they can still be outside and experience how beautiful nature really is," Pappas said. "Not everyone just walks the half mile, some stay out depending on the day and what their plans are which we also love to see."

Based on demand, though the next planned walk would be in the winter, Pappas said there could be another one sooner than expected.

"Our next book is called "A Snow Day" so we will try and pick scenes in the nature obviously where it's more winter themed," Pappas said.

For the spring, some of the playground equipment is going to be replaced, and that will be an indication of what the book will be when that time of the year comes around again.